Guest artist Taymaz Saba will be presenting a talk on his creative approaches to sound design and music composition for cinema. 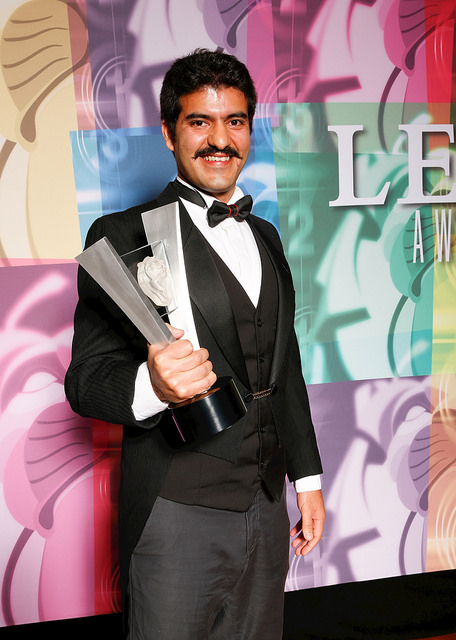 Taymaz Saba will be guiding us through his approach to the sensorial aesthetics and dynamics that he explores as an artist working with the relationships of sound and image. Using musical score and sound design for cinema as a base from which to feel, watch and listen, he is addressing the most fundamental questions: What is sound? Music? Time? What is hearing versus listening? Arising in the intuitive reflex, he will introduce approaches to how we can measure, count and feel the dynamic qualities, textures, and colours that lead a designer and composer to discover and realize image-sound relationships.

Website Soundcloud Twitter LinkedIn
Iranian composer, conductor, and cinematic sound designer Taymaz Saba has been inspired by the sounds of nature, classical composers Vivaldi, Beethoven, Bach, and film composers such as Nino Rota, Henry Mancini, and Ennio Morricone. International travel allowed him to study Eastern sounds, music, and textures, which inform his work with Iranian, Indian, African, and Brazilian music. He has written numerous choral pieces for ensembles and theatrical scores for stage plays. While composing scores for film and television, he is also working in cinematic sound design, recording, and foley.

Saba composed the score for the feature animation film Window Horses, (2016) by Emily Carr alum Ann-Marie Fleming. For this impressive work, he received a 2017 Leo Award for recognition of Best Musical Score in an Animation, and was also nominated for the 2017 Canadian Screen Awards’ Achievement in Music – Original Score. His extensive experiences include dozens of credits as sound designer, composer, conductor, recordist, and music producer. Cinematic credits include the documentary My dream goes all the way to Iran (2019), The Agony of Obsolescence (2015), Black Noise (2013), Kayan (2012), and The Legacy of Nonviolent Movements in Iran (2011). Recently in Vancouver, he performed as conductor for the Vancouver Iranian Choir performing Nowruz, by Amir Eslami (2019).

Saba was trained internationally in France, England and Canada, finishing his classical music diploma and conducting certificate at Capilano University. He studied Digital Audio Production and Sound Engineering at Langara College in British Columbia.
This guest series is generously funded by the Ian Gillespie Faculty of Design and Dynamic Media.